For millions of years, humans have communicated through symbols. The earliest recorded forms of written language are cave paintings, the cuneiform script and hieroglyphics — each taking form in symbols and drawings.

Over time, we have come to develop more sophisticated communication methods. Today, there are over 7000 verbal languages and 3000 writing systems across the globe. But with more channels of communication to choose from than ever before, is it actually getting harder for us to connect?

In 1867, Bass Brewery trademarked the first ever logo. As society moved away from the familiarity of the corner shop, and manufacturers began to compete for business, more companies began trademarking logos in an attempt to build a direct connection with their customers. By 1910, logos were very much mainstream. Regardless of your dialect, a familiar logo represented a product you could trust. Packaging no longer needed to convey product promises, the presence of a logo you recognised was enough for you to trust. Logos began transcending language.

Forward 100 years and logos aren’t just a tool to spark familiarity, but are also now used to convey subliminal messages. Quicksilver’s logo is an interpretation of Hokusai's ‘Great Wave off Kanagawa’, which is said to represent the irresistible force of nature — apt for a surf brand who are encouraging their customers to be outdoors. The coloured shapes on the Museum of London’s logo represent the changing borders of London throughout history. The logo for the London Symphony Orchestra is not just representative of its initials, it also forms the shape of a conductor.

Each of these logos tell a story — one that doesn’t need to be translated to be understood. But are we regressing? By communicating through symbols and imagery, are we doing a disservice to the development of language?

Have we developed our understanding of communication so greatly that we no longer need language to connect, or have we taken a step 2.5 million years back? 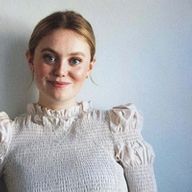